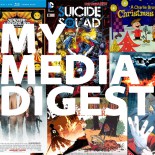 Shameless is brilliantly funny while subtly staring the society we have come to live in. The show is based around an alcoholic father raising six children himself ranging from twenties to a few months. Most of main characters have character flaws that could be interpretation as a metaphor for a majority of the nation. Frank, the father, is an alcoholic who represents the substance dependance and general laziness of the country. Steve is a career criminal acting as the rebellious voice that is in all of us. The oldest sun Phillip is above average intelligence but does not seem to show any enthusiasm toward school which is the case with most youth. Ian the third oldest is gay, which is obviously perfectly acceptable, but sleeping with a married man just shows this societies level of commitment. Could be why were the leader in divorce and remarriage. USA! USA! The second youngest Carl is just a devil menace of a child all around with no remorse. However there are some a few characters with more positive lifestyles and promote a better looking country image. Fiona is the oldest child and she is the care taker for all of these abandoned kids and even takes care of Frank. One of the middle children is Debbie and at only ten years old she is still the most mature of the bunch. She controls the finances and when plans go haywire she comes through. All in all it is one of my favorite satires of modern day America.

This entry was posted on January 26, 2015 by My Media Digest in Brad Lee, Television and tagged Brad, Brad Lee, Lee, Shameless, Showtime, Television.